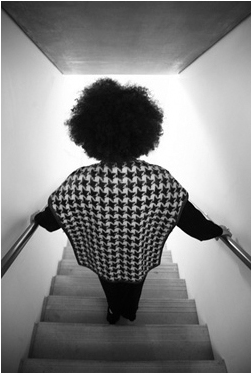 Born and living in New York City, Ruth Marten has worn several hats, in spite of the hair. From 1972 to 1980 she was an important figure in the tattoo underground and, as one of the few women practicing the craft, influenced people’s ideas about body decoration, championing what came to be called Neo-Tribalism. Working during the Disco and Punk eras, she also tattooed in the Musée d’Art Moderne de la Ville de Paris during the 10th Biennale de Paris.

Hired by Jean-Paul Goude for her first illustration for Esquire, she had a 30 year career illustrating for many magazines, music and book covers and is most associated with the “Year in Provence” books of Peter Mayle, designed for A. A. Knopf by Carol Devine Carson. There was a brief stint as a fashion illustrator for Bergdorf Goodman, Salvatore Ferragamo, Barney’s and Vogue Magazine. That love of the printed image informs her current work: changing through overdrawing and collage the configuration and content of 18th century copper plate engraving prints. Personal work, principally on paper, has been a constant while working in these other fields.

Sine 1989 Marten has expressed herself exclusively through drawings, paintings and sculptures. Exploring the phenomenon of hair for its sexual, cultural and purely textural content, she exhibited work based on this obsession at Littlejohn Contemporary (NY), Adam Baumgold (NY), in the “Pop Surrealism” show at the Aldrich Museum (CT), “Hair, Untangling a Social History” at the Tang Museum (NY) and at the Halsey Institute in 2009 with “Hair on Fire”. In 2003 she embarked upon her current interest in reworking the images and historical content of mostly 18th century prints from engravings, which have been exhibited at Isis Gallery (London 2008) and Van der Grinten Galerie (Köln 2013) and have been collected by the De Young Collection (SF), Charles Saatchi, Don Ed Hardy, and others. Marten also teaches Watercolor Technique at the School of Visual Arts.